Adam Aron, the CEO of AMC Entertainment. said in an interview with Variety that he has considered allowing texting during screenings. When I go to a movie, I want to escape for couple of hours and the one thing that ruins it for me is people texting in the middle of the movie. The screen light is very distracting if you are sitting next to the person who is texting or viewing there phone.

Other things that ruin a movie for me, is when someone phone rings or talking during the film. These are the reasons I dont like going to the movies and if I do I try to go early before it gets pack so I can get a seat that either one or two people can sit in. I have been monitoring the feedback online and it’s not been in favor of this idea. Here are some of the responses to AMC’s texting idea.
” AMC Theaters wants to “allow” texting during a movie??? That’s one theater I won’t go to.  How pathetic – – why pay for a movie if you’re going to text?“
” Bad idea very bad idea I was going to boycott AMC theaters  …. No texting WTF idea !!!!“ 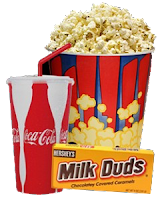 ” This is why i dont go to the theater. Too much texting!“
After receiving thousands of backlash comments like the one’s above on social media AMC decided to retract there plan to allow texting during a movie. Check out what they had to say below. 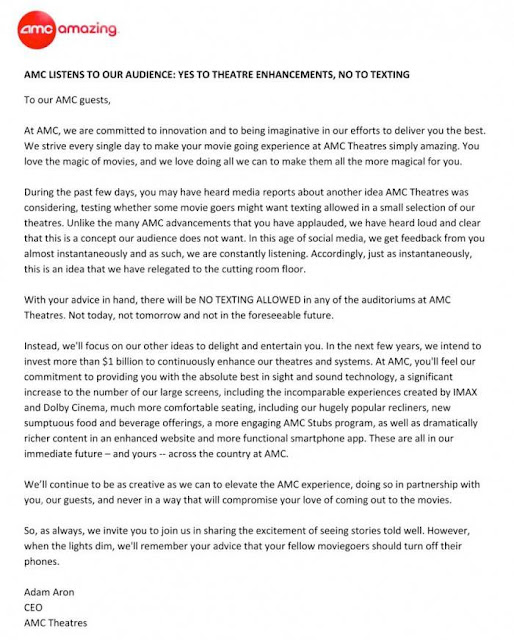